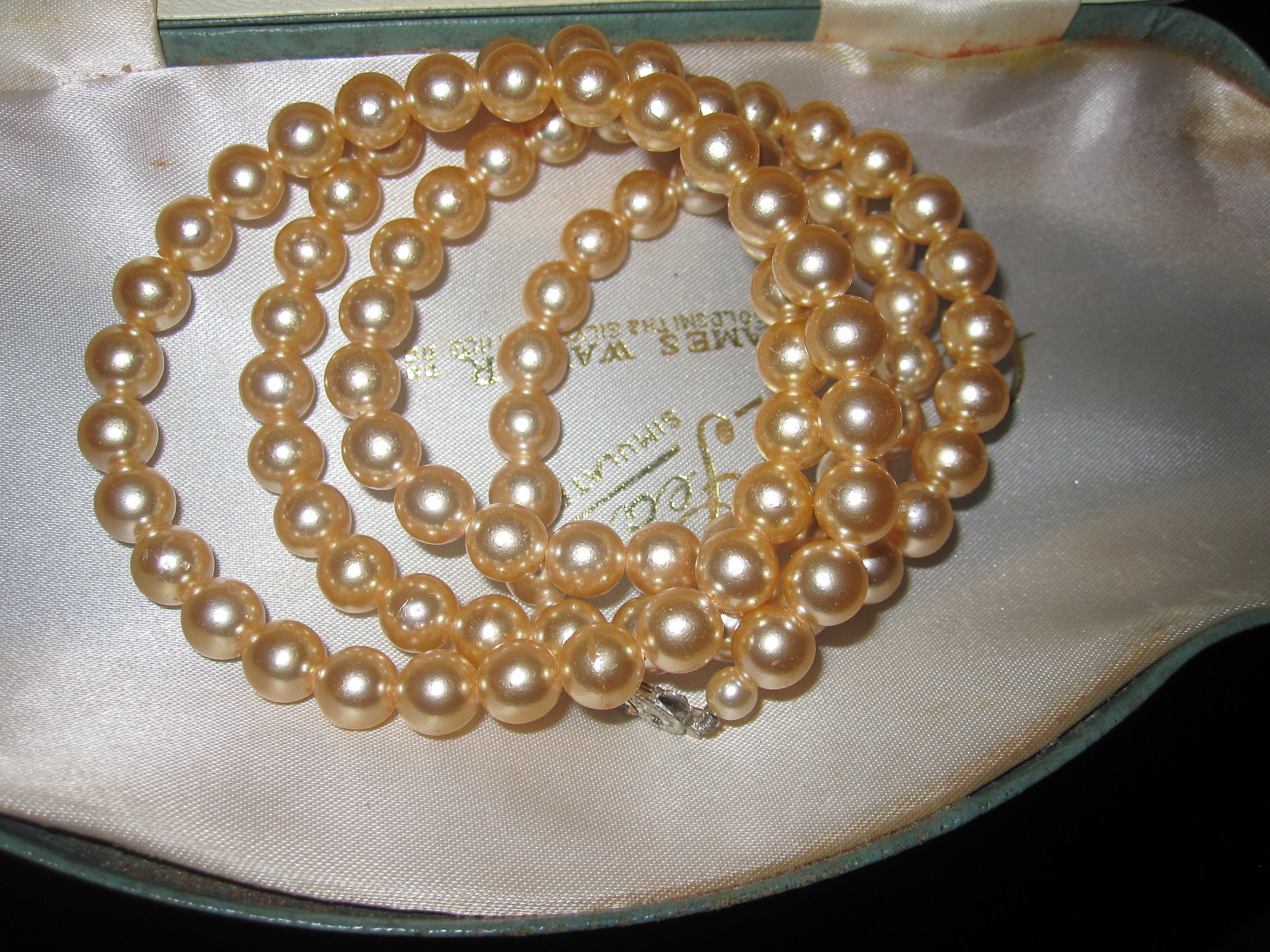 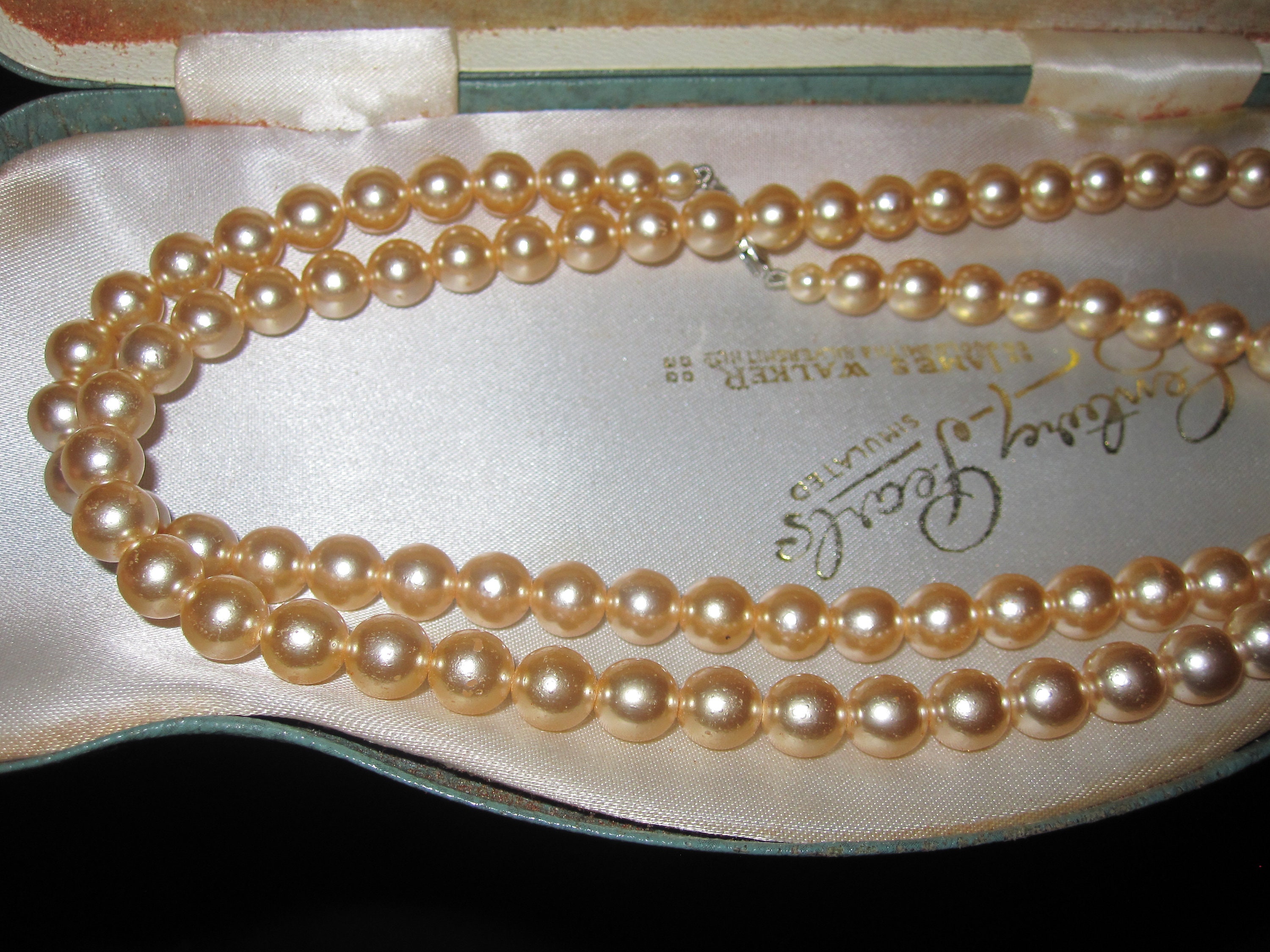 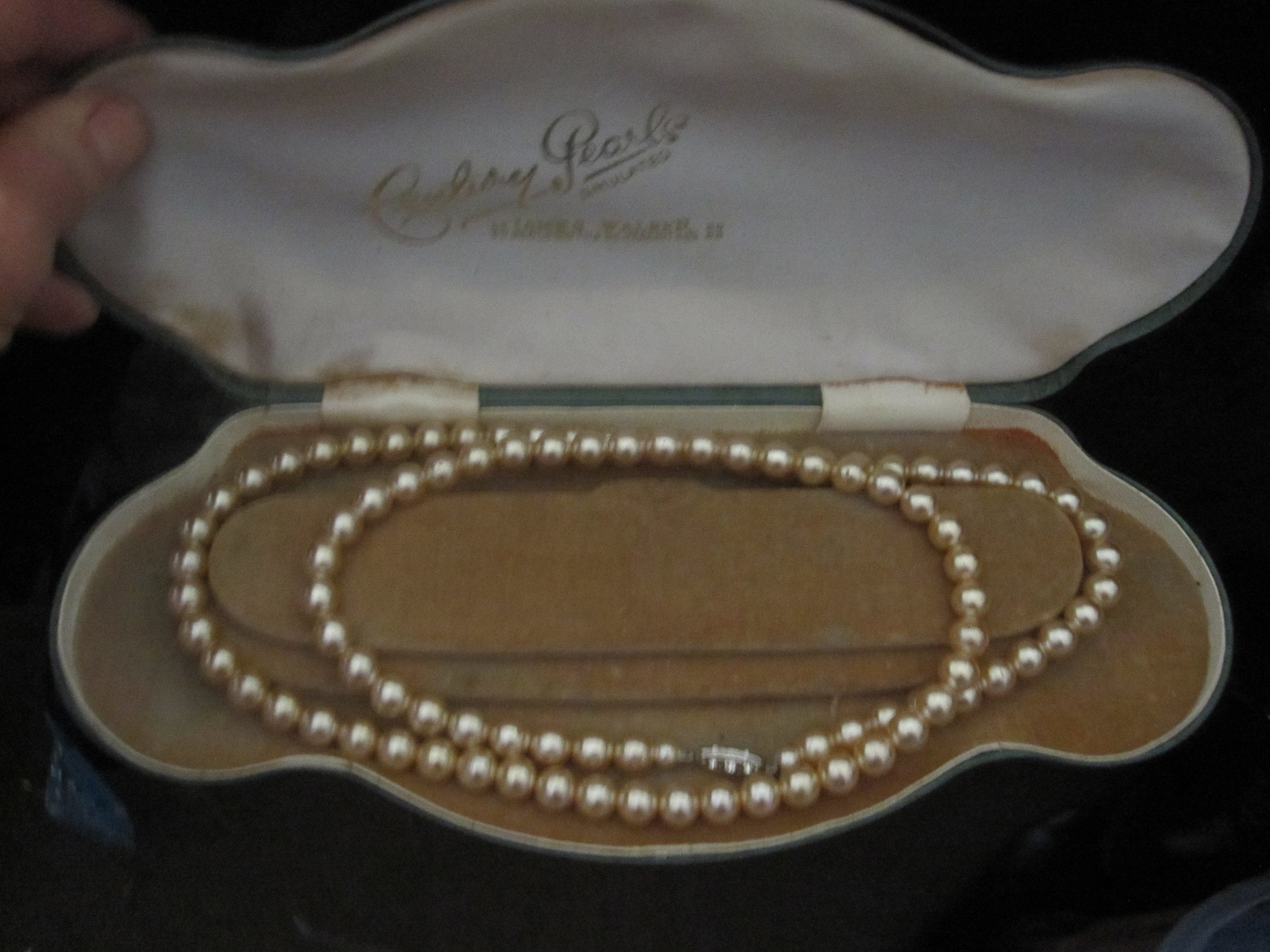 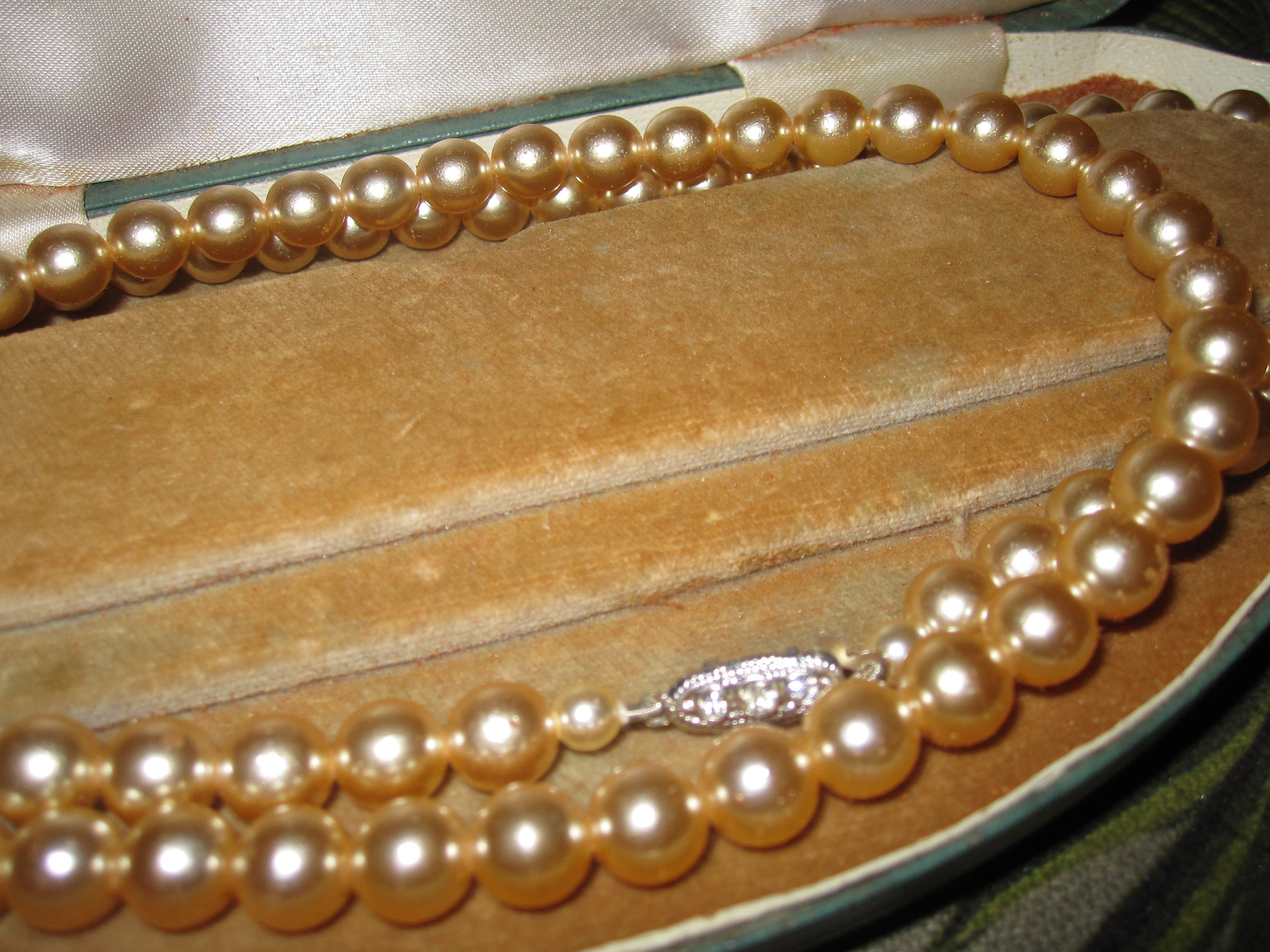 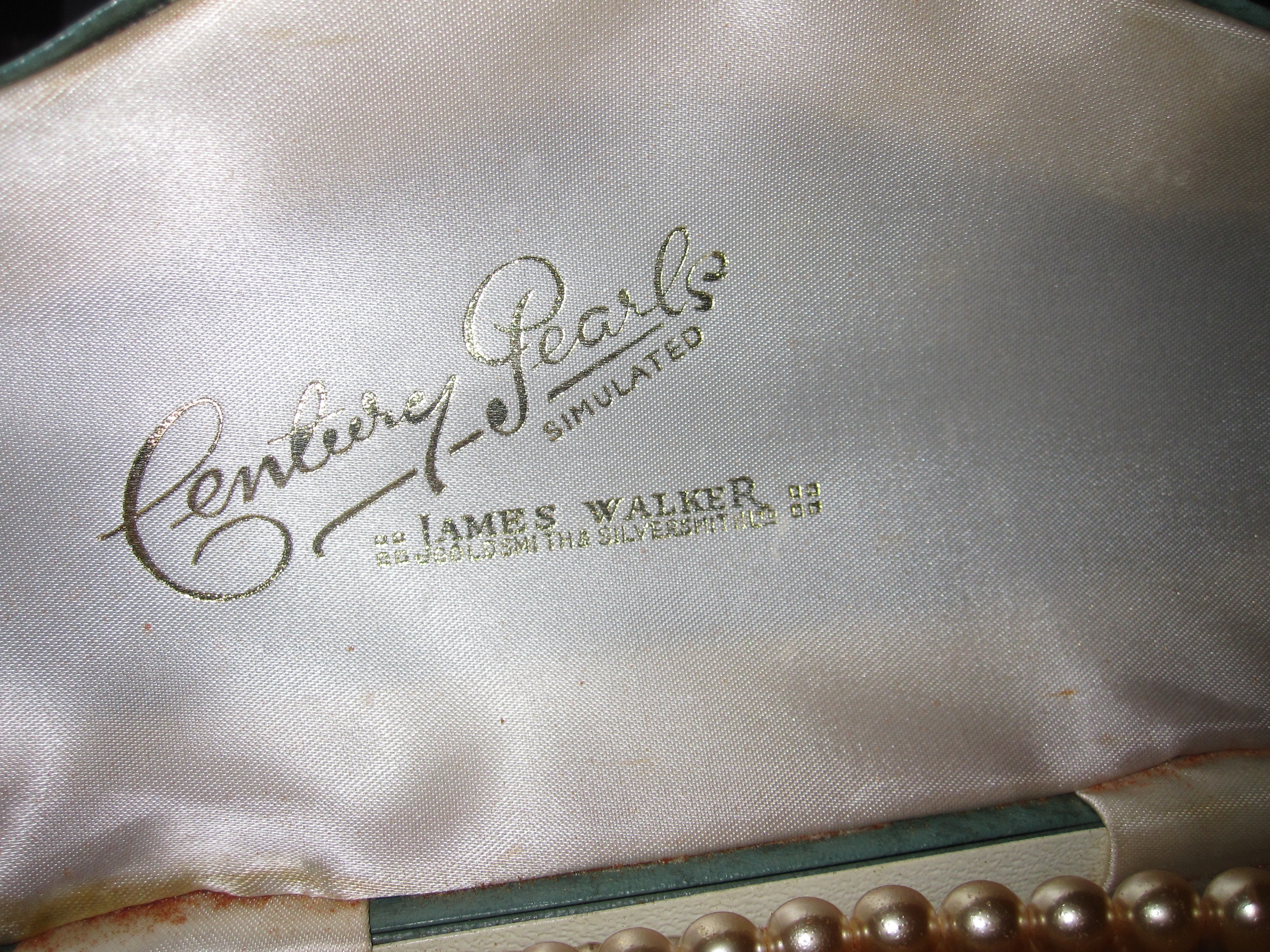 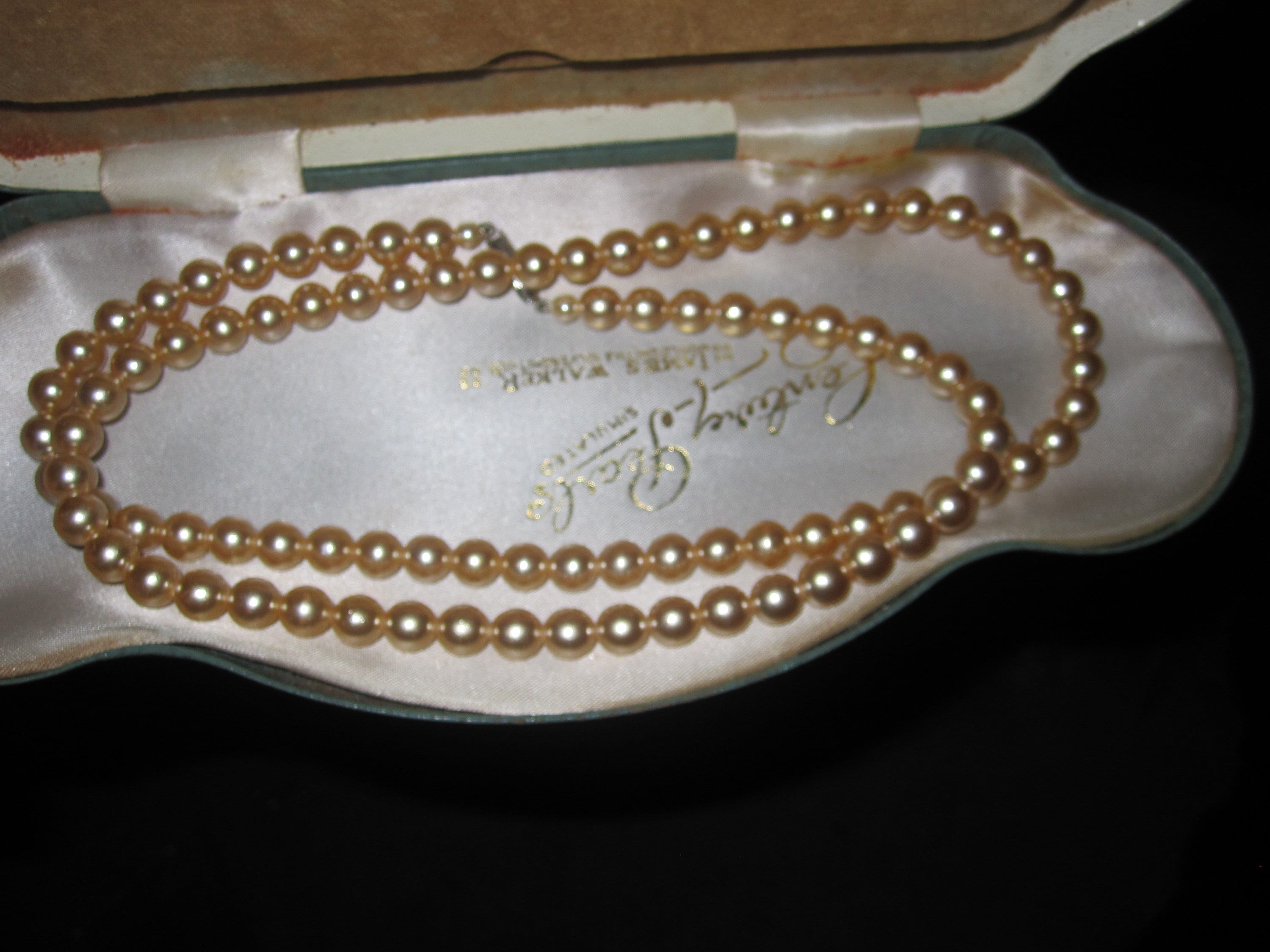 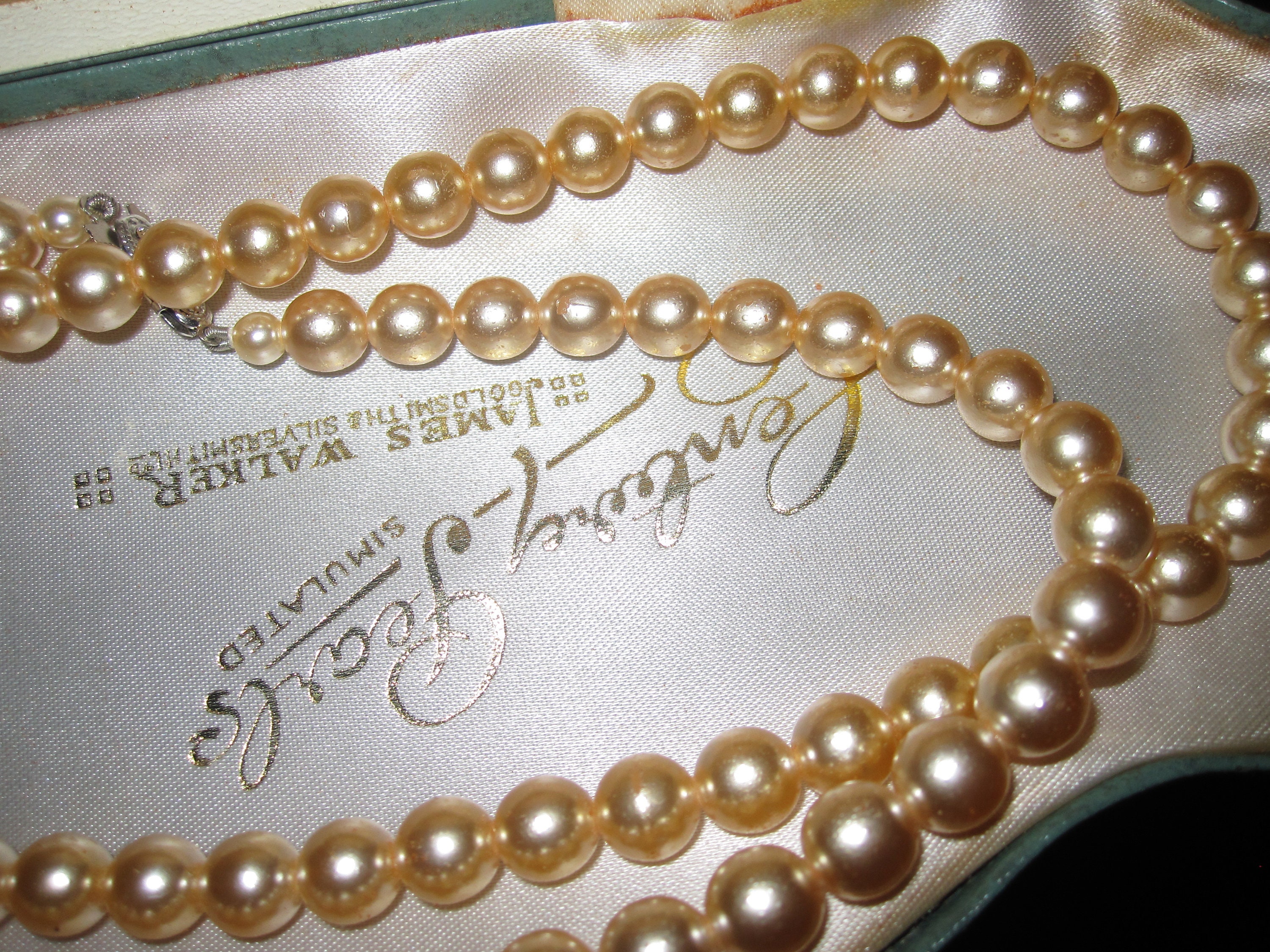 Here for sale is this wonderful simulated creamy pearl necklace in its original green box marked:
Century Pearls James Walker. The necklace itself is 30 inches long. Each creamy simulated (with basically means not real!) pearl is about 8mm in diameter and are in immaculate condition without a single mark, dent or chip on any one of them. The clasp is rhodium plated but has no hallmarks on it. so it can’t be sterling silver. It has 3round bevelled rhinestones. This necklace was clearly designed to allow the wearer to fake it as well as anyone possibly could, so if you couldn’t afford the real thing, who cares, these are absolutely stunning.

I’ve done a little research on the James Walker company and it was founded in 1902 and originally traded as Sanders & Co. They acquired the name of James Walker from a jewellers shop based in Peckham, London which was founded in 1823, so its history goes back a long way. James Walker Goldsmith and Silversmith Ltd went on to become the second largest multiple retailer of jewellery and silverware in Britain. However, in 1984 The James Walker Group was sold off to H. Samuel and later became part of the Ratners Jewellery Company, so it no longer exists.

A lovely collector piece of jewellery for your collection.

Payment accepted in Australia by bank transfer or money order or personal cheque or Paypal
For worldwide: Paypal only

I have gift bags and gift boxes available also so please let me know if you want items posted as a gift. There is a small extra charge.

0 items in your cart